Marco began his racing career in 2007, competing in a variety of karting categories across North America and Europe until 2018. The highlight of this period was qualifying for the Rotax Max Challenge Grand Finals in 2016 and 2017. He also competed at the 24 Hours of Le Mans Karting event in 2017.

Making the step up to cars in 2019, the Canadian racer didn’t have to wait too long for his first title as he took the Nissan Micra Cup championship in his rookie season.

Marco joined Multimatic Motorsports in late 2019 when he took a guest drive in the Ford Mustang GT4 in the British GT Championship. In 2020 he jumped into the #22 Ford Mustang for the season-closing race at Sebring and immediately made his mark by grabbing third place on the grid.

In 2021, Multimatic ran Marco in a Ford Mustang GT4 in the new Sports Car Championship Canada series.  It was a great opportunity for Marco to learn about race craft, tyre management and all the things that make a difference to on-track results from the vastly-experienced Multimatic crew. He is clearly a fast learner as he won every single race in 2021 before being crowned Champion! 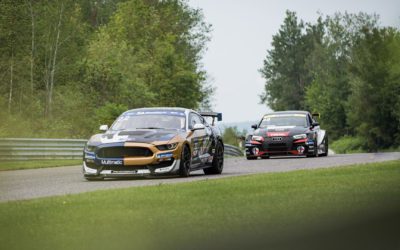