Sports Car Championship Canada (SCCC) is a series of races open to GT4 and TC sport cars. As the name suggests, the series is a Canadian national championship. SCCC is organised by FEL Motorsports, who have seized the opportunity to revitalise and reinvest in motorsports in Canada.

Multimatic Motorsports ran the Ford Mustang GT4 for Canadian racing driver, Marco Signoretti in 2021. Marco went on to win every single race on his way to taking the championship title. 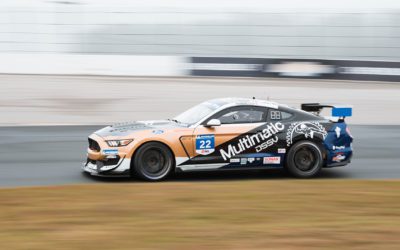 When the Sports Car Championship Canada (SCCC) rolls into Canadian Tire Motorsport Park (CTMP) on Labour Day weekend for Rounds 9 and 10 of its inaugural season, Multimatic Motorsports will double its entry to two Ford Mustang GT4s. Continuing its undertaking to bring...